Providing a haven for our youth

The organisers of an initiative aimed at providing a safe space for local young people are seeking volunteers to carry out various roles.

The aim of the Palmers Green Youth Provision is to empower young people to learn important life skills, to be involved in activities which will help boost their confidence and self-esteem and to create a sense of belonging.

The Youth Provision is a collaboration between St John the Evangelist church, Enfield Council, local businesses, the police and members of the local community. It is hoped that it will be up and running in February 2020.

“Palmers Green will be our main resource”

The Vicar of St John's, the Rev Julie Coleman, is anxious to stress that this is not a church youth club, but a provision for the young people of Palmers Green, some of whom are very worried about being out and about after school:

"This is going to be a preventative initiative, which will provide a safe space for young people to come to. It is not about St John’s or the church, but about the community of Palmers Green and as such is an initiative that is supported by people of different faiths and people of none. Palmers Green will be our main resource."

The scheme will initially be for young people aged between 14 and 18. Once it is established the organisers will look at the possibility of adding a provision for 11 to 14 year olds.

Why I decided to create a haven for the youth 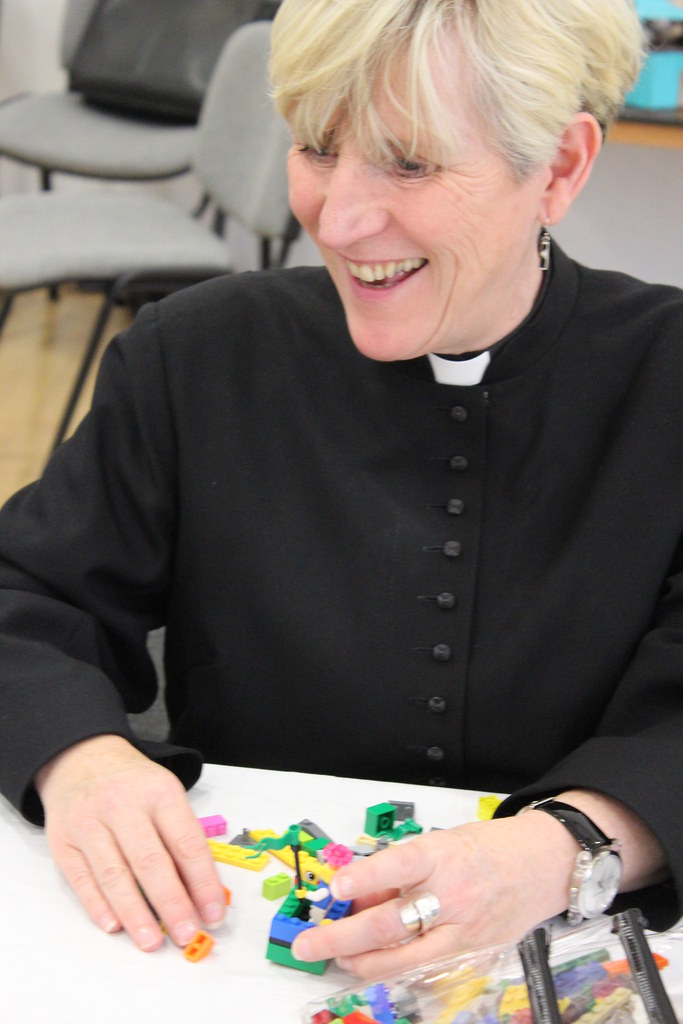 "The initiative for the youth provision came about after I experienced a negative encounter while walking children to school in Palmers Green. After hearing other people's experiences and with my own, I decided to initiate a specific provision for young people that would become a preventative haven for the youth. As well as to promote the value that young people can contribute and engage with their communities instead of hearing the negative news about them, and it is also about keeping youngsters safe after school and off the streets.

"I have valued the support of the St John's congregation, Enfield's Senior Youth Development Worker Yemi Akinfemwa, Sergeant Matthew Bloomfield from Palmers Green Ward Safer Neighbourhoods Team, the Standing Committee and the community of Palmers Green. They have carried that vision with me which at times has been difficult to face, because we all like to think all is well in our communities. However, when the reality is realised that all is not always well, people come together more, which is what has happened. I believe the reason for this is because we value the generation coming up.

"I have valued the wisdom and support of Jenny Godfrey, who has been alongside me and my ideas from day one. I'm delighted that she has decided to be a member of the standing committee for the youth provision.

Three elements to the scheme

There will be three elements to the scheme: an after-school youth provision in the church hall; one-to-one mentoring; and a support group for parents and carers. Volunteers will be needed to support all these.

The youth provision will take place between 3.30pm and 6pm on Fridays so that young people can go there straight from school. For the first year of operation Enfield Council will be providing two youth leaders to run the sessions, while simultaneously providing on-the-job training for volunteers.

Also planned for Fridays are six-week courses in life skills or crafts. A first round of interviews with young people showed they would like to learn first aid (especially with regards to knife crime), but further possibilities include barbering, jewellery making, cookings, film projects and woodwork.

Mentoring sessions will be held on a different day of the week, again for young people aged 14-18, on a one-to-one basis. The vision is for the sessions to include an element of gardening in order to make them less formal and to give young people a chance to keep busy while chatting and meeting with a mentor. Mentors will never be left alone, there will be a second person around in the background, offering hospitality eg tea, hot chocolate, coffee and biscuits.

The support group will be for parents/carers with disengaged children or children that have got involved with (knife) crime and drugs etc. Having a support group like this is often the only thing that keeps those parents and carers going and the support and help they find is invaluable.

How can I help the Palmers Green Youth Provision?

Volunteers will be required for all aspects of the scheme, ranging from providing refreshments to serving on the standing committee. People will be needed to:

The council will be holding a training day on Saturday 18th January  (10am – 4pm). It will be free to attend and lunch will be provided. DBS checks (also free) will be done on the same day. You can book a place at www.eventbrite.co.uk/e/training-for-the-palmers-green-youth-provision-tickets-83145996915.

Other ways you can help

Rev Julie says that for the time being the budget is very limited and is asking the local community to provide some of the resources needed to keep attendees entertained. She's set up an Amazon wishlist, which you can see at www.amazon.co.uk/hz/wishlist/ls/1A8J01GIQB8TR.

If you'd like to volunteer or just want to find out more, you can contact the organisers at

When the Covid-19 lockdown began, among the items that quickly disappeared off the supermarket shelves - toilet rolls, pasta, flour etc - were sanitary pads. These are among the essentials that North Enfield Food Bank distributes to its users. At the council's request, Palmers Green resident Anne Nicholls came to the rescue. After putting out a call for help on Facebook, Anne was able to assemble a team of women from around the borough to help produce handmade reusable pads. Read more

During March and April North Enfield Food Bank provided more than 35,000 meals to vulnerable families across the borough, three times the amount in the same months in 2019. In the first week of May North Enfield Food Bank passed the milestone of 50,000 fed since opening in 2012 - a milestone that wouldn't have been possible without the continued support of the Enfield community and beyond. Read more

To help ease the burden on hospital staff, the North Middlesex is asking the public to donate food, equipment, items from their Amazon wishlist, money - via their JustGiving page, or to sew uniform wash bags for hospital staff. Read more

North London Samaritans has launched an appeal for donations on the JustGiving website. Like many other charities, North London Samaritans faces a huge funding deficit this year because of the suspension of fundraising events. The emotional support they provide to callers is even more important during the current crisis. Read more

A list of the achievements of the community volunteering campaign set up by Emma Rigby and Love Your Doorstep in mid-March. Read more